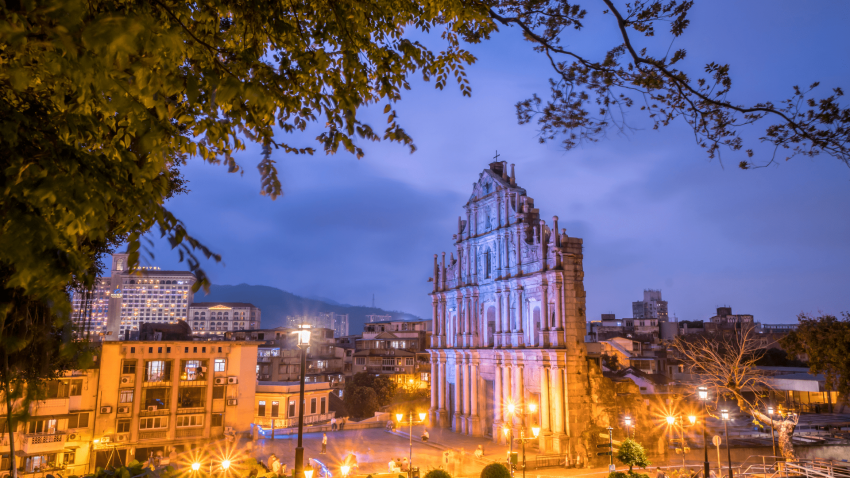 Junkets and high-rollers are out. Mass-market is definitely in. The six current concessionaires, including the American companies MGM, Wynn, and Las Vegas Sands, are, rightly, mostly concerned about whether they will be allowed to continue to operate casinos. But they should also be concerned about what those casinos will look like.

Macau is the only casino market in the world where the regulation of patrons is more important than restrictions on the casinos themselves. And the leaders of the Peoples Republic of China are now trying to force the largest casino jurisdiction in the world into a Marxist model.

I once asked the U.S. government’s top China economist, “In what way is the PRC still communist?” He answered, “It’s no longer communist. It’s Marxist.” The difference is significant. A communist government would never allow an unrestrained free-market economy. It would also require true socialism, with the government owning everything, including casinos.

But Marxism believes that the root cause of all social problems is not private ownership of property, but rather conflicts between classes. The goal is to eliminate class differences: The poor should become middle class, and the rich are to be shunned, not admired. Beijing has always disliked junkets, which help wealthy Mainlanders take money, often illegally, to Macau to be lost at casinos owned by Westerners. So, the proposed amendments to Macau’s laws are openly anti-junket.

According to GGRAsia, even before the new laws have been adopted, Melco, Wynn, and Galaxy announced that all junkets had stopped operations at their casinos. Of course, Covid is a factor. And Alvin Chau Cheok Wa, the head of the largest junket operator, Suncity Group, was arrested and charged with money laundering and organizing
illegal online gambling for Chinese customers. Macau ordered all Suncity VIP rooms closed.

Practically the only gambling in VIP rooms is high stakes baccarat. In 2019, the VIP card games brought in nearly half of Macau casinos’ gross gaming revenue. In the last quarter of 2021, it was only a quarter of GGR. This is exactly what Beijing wants. Marxists believe that a country is simply a complicated machine and people are merely cogs that can be manipulated by the central government. The leaders of China issue five-year plans, now euphemistically called “guidelines,” to control and steer every part of society.

The latest plans call for a complete redevelopment of southern China, from Hong Kong to the border with Vietnam. Gambling in Macau is an important part of that plan. Beijing wants casinos in Macau to succeed. Of course, it wants a greater share of the profits to remain in China, and it is pushing for that as much as politics will allow. For example, local ownership in every casino company will be increased from 10% to 15%. But the Marxist rulers of the PRC mainly see gambling in Macau as a way to equalize the classes.

The southern tip of large neighboring Hengqin Island is being developed into a non-gambling center of resorts, hotels, and amusement parks for Mainland Chinese tourists, with a train station designed to handle 40 million passengers a year. Where an impenetrable barrier has stood, there will now be a passageway, funneling 80 million middle-class Mainlanders a year from these resorts into Macau.

How will the casinos adapt?

At the very least, all the VIP rooms will be turned back into hotel suites. Would billionaire Sheldon Adelson have let his extravagant rococo Venetian become a slot parlor? You might say, “Why not, if it brings in more money.”

But there is a small problem: The Macau government is not playing along, perhaps because it is more capitalist than Marxist. Macau has a Chief Executive Officer, not a Premiere, and the CEO wants to put a cap on the number of gambling tables and slot machines. He also wants to require them to make as much money as before, which
is going to be difficult, now that there are more mass-market players than high rollers. I don’t know how this will all shake out. But history has shown that it is smarter to bet on capitalism than Marxism.

© Copyright 2022, all rights reserved worldwide.  Gambling and the Law® is a registered trademark of Professor I. Nelson Rose, www.GamblingAndTheLaw.com.